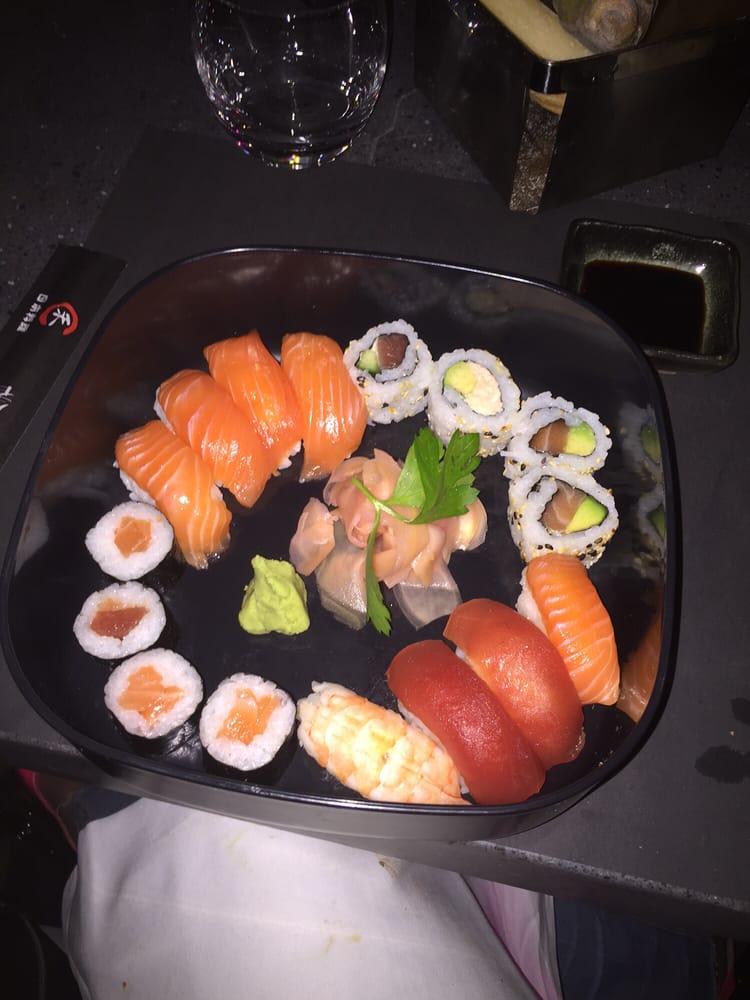 As one might expect, the seafood in Cannes is pretty damn good as a norm, so it would only seem logical that perhaps the sushi in Cannes might also be quite exceptional, despite its unfavorable proximity to Japan. Well, it’s not. In fact, it’s god-awful. No, I think that’s sugar-coating it. I think it just might be the worst sushi can possibly be without getting you sick. I’m not kidding. I’ve had better sushi in the desert for Christ sake!

Everything was so flavorless I could’ve easily bitten off the tips of my chopsticks by accident and I would’ve never noticed the difference. From the rice to the seaweed to the fish (no matter whether it was salmon or tuna or anything else for that matter), it all tasted the same. Even the friggin’ wasabi didn’t help because it was just as bland as everything else!

Then, adding salt to the wound, which I suppose we should’ve put on the sushi, the service was shit and the music was so brutally loud that it took away from the fact that we were sitting on the beach overlooking the Mediterranean. But instead, we felt like we were a captive in the movie Saw.