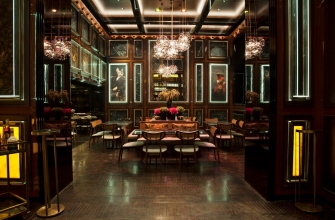 Believe it or not, we walked out on a reservation at Mikla, listed as #96 on Pellegrino’s Top 100 list in the world, just to eat at Konsolos (unranked) instead, solely based on vibe/decor. Call me shallow (which is fair), but I’d say it’s more a case of Pellegrino letting those bubbles go to the brain. The crowd is Disney-hotel-depressing, filled with patrons in their 90’s or 9’s, all oohing and ahhing over a glass enclosed view that comes a dime a dozen at almost every major city around the world. So, trying to coast on view alone, the décor feels dated and sad. Especially by comparison to the top of The George Hotel where we had just come from having a drink and Konsolos, which we popped in for a peek just before arriving at Mikla. Sure, the food might be good (although a fellow foodie told us later that we dodged a bullet), but to be in the top 100 in the world, shouldn’t you be firing on all cylinders?

But enough about Mikla, let’s talk about Konsolos, and its striking dining room, which drafts its grandeur off of its former tenant, the American Consulate, set in a dramatic space where visas were once issued, they have since decked the place out to look like a Victorian masterpiece had sex with a black light poster from Spencer Gifts. I know that doesn’t sound all that appealing as I write it, but I can assure you it’s unequivocally stunning. Dare I say one of the most impressive decors I’ve ever laid eyes on and unfortunately even the photo above doesn’t do it justice, but just trust me. Hell, it made us pass up Mikla, didn’t it?

But this looker’s also got skillz, serving up Italian classics with a twist. For example, the rustic Italian bread comes with a tomato sauce for dipping, made special by the addition of mustard seeds, giving it a little heat, a little crunch and a lotta damn that’s good. Skip the other spread though. It’s walnut and soy based and it’s no contest.

The artichoke trio, while also interesting by Italian standards was pretty basic by Turkish ones, done in typical meze style, only instead of being topped with carrots and peas marinated in olive oil, it was topped with arugula and parmesan crisps, which kinda fell short on either side of cuisine expectations.

After that came the pastas and I have to say, mama mia Konsolos has game! Both the parpadelle ragu and the lamb shank fettucini were moist and delicious. Granted I think the parpadelle was actually fettucini and the fettucini was more like short cut spaghetti. Also, the lamb pasta was a bit over salted, but I think that was more due to the salt garnish around the rim of the plate. If you avoid mixing your pasta into it, or sliding your fork through it, you should fair much better than I did on my first two bites before discovering the culprit.

For dessert, while the profiteroles get full marks for inventiveness, they get very few marks for awesomeness. which was kind of a shame because we were both sorta hoping for a more faithful representation. Nonetheless, what you do get is a presentation not to be forgotten. The waiter actually pours liquid nitrogen (aka dry ice) over the ice cream at the table to create a crumbled “astronaut ice cream” effect next to the four different cream filled pastries. The pistachio cream was the best of the lot, followed by lemon and chocolate, with strawberry in the rear. But the pastries were too bready and the cream was too sweet. And the ice cream, well, it’s novel. I can say that. What I can’t say is that the meal lives up to the décor quite yet, but give this newcomer some time and I firmly believe greatness awaits, especially once winter hits and it becomes more en vogue to dine indoors.